The Most Unconventional Tips To Cracking Telephonic Interview 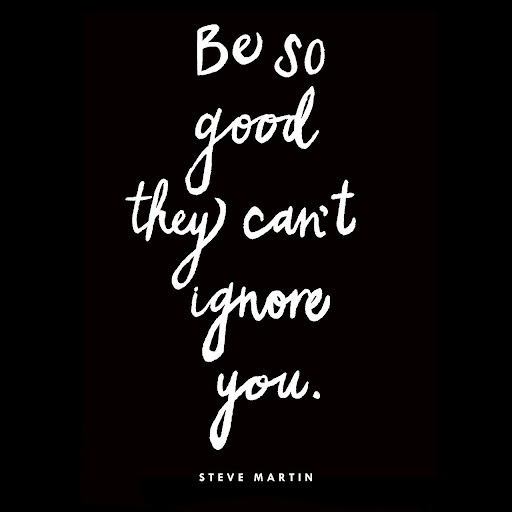 Every Master was Once A Learner Months on end of searching for a source of income, job or freelance, while working on a series of small projects, I stumbled across a few really neat hacks for social interactions, especially on the smarter-than-thou-phone. And it so happened, a lot of job prospectus from the web , email, and self-discovered resume (which took 4 days to make, more on this sometime, maybe) caught a few eyes and got my number dialed (and at the most convenient hours with me in the most inconvenient conditions). And made the struggle really real! Never did I mess up a call (pro tip: you are almost always out of network) but it took a while for the converted calls to become an offer. Mostly freelance, and finally, a job. The funny part is, I am working in the same industry now which I was trying to make work for myself, Recruitment. (It's really hard to control the urge of hashtagging Throwback) Am not boasting, Steve is though! Source: Pinterest En
Post a Comment
Read more

January 19, 2017
What makes me real? The question comes every time, every fucking time. Blurred lines like a shot of cocaine, cut down, ready to be ODed. The temptations it brings, to make a roll and sniff. Sniff motherfucker, sniff it up. You give in, someday you do and you lose. Lose everything into that soon to end trance, like the moments while drowning, when everything is blurred and there is no weight to carry and no direction to go. Then comes the moment, the moment of fucking truth. The moment when your blood is deprived of oxygen, and your brain tells you that. You have that urge to breath and you fight, holding on to the last of moments left to fight. A fight you are meant to lose, anytime soon and for only once. Then comes that spasm, and you lose, you lose your fucking life you were holding on to. A gush of water fills your voids not meant for it. Your every muscle, each and every single one reflexes for one last time and that is the last. It is then the drowning starts, not in
Post a Comment
Read more

Contacts' Recovery: A Walk-through through Past

May 31, 2016
As is the case often with bad time, everything has to, has to go wrong, laws of physics cease to work and Murphy's law takes over the reigns of your life. Crying over spilled milk, here I am, foolishly got my contacts deleted (did it myself against a stupid mistake) and for what its worth, now struggling to get them back. But first about the past: there are three phases in which past exists; immediate past, recent past and history. From the PoV of a human, immediate past is the last few days to a week maybe up until a month, recent past is further back to an year, or two perhaps, and the rest is history. When you lose your contacts and you don't have a backup, what you do to get them is no less than a crash course in life sciences. And most importantly, you get to realise your priorities, people and their importance at and from that point on. I went through my call list, and for a last whole week what I did was, vividly, right in front of me, that with an exact timelin
Post a Comment
Read more

Clutch Wire and a Life Lesson

May 29, 2016
Ever wondered what life might be worth? If it can be bought out of money? What might be the price difference between living and dead? Ask me all this and for what its worth today, my answer will be a dollar (60 for my Indian peers). Today I set out, all energised and fresh. On the back of my head were thoughts, continual stream of bullshit and shit that matters, but shit nonetheless. Life today was not the same, an array of problems had risen to make a few last-nights sleepless and yet, I had set out to a meeting, to make a proposition to a talented young to work aside me. Some few bits of courage left were gathered to make it work and they paid off. The problems still persisted, and only intensified as a result of the meeting, more responsibility and so, the liability. I was riding back, and with all that chaos in mind already sapping the last of me, I felt it, a tick, the breaking of few threads on which my life depended. In the extreme traffic and at an unsafe enough speed,
Post a Comment
Read more

January 18, 2015
"The moon was a ghostly galleon, tossed upon cloudy seas.." The lines from a poem that came into my head as I walked upon the beach sand, which was taking a toll on my thighs, yet into that night as I, the ghost under the silver hue of the moon, the other ghost under the golden light of the sun shimmering, otherwise were both dark, roamed. Waves crashing, wind howling, clouds of rain thundered (occasionally) were the sounds, the ghosts silent but restless, roamed. Drifting past groups, meaningless identity and illusionary patterns of stars, people, the ghosts alone, roamed. What they saw in us were their own creation of what reflected from us, we were mere ghosts, roaming. Travelling in the space, time given to us, confined by the gravity of material world, we fought to go our own way, also kept us collapsing into the warped abyss. Ghosts we were and nothing more, yet we were living, un-understood by the undead.
Post a Comment
Read more